The first on Cyperus longus - the only suspect I can find is Puccinia romagnoliana in http://bladmineerders.nl/parasites/fung ... agnoliana/

The second is on 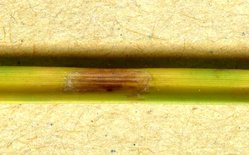 Agapanthus for which I can find no suitable candidate

I have specimens but I cannot do the microscopy 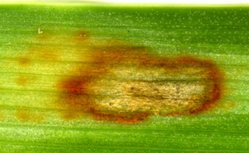 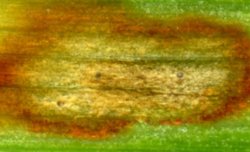 Hi Mark
if no one else has offered I would be prepared to have a look for you, but wouldn't like to comment on what I can see here - even as to whether fungi are definitely involved. There may be one or two pycnidia on the Agapanthus and there is a Septoria agapanthi: http://www.fieldmycology.net/frdbi/FRDB ... +agapanthi but as I say microscopy is essential here.

cheers
Chris
"You must know it's right, the spore is on the wind tonight"
Steely Dan - "Rose Darling"
Top

As long as they are lightly pressed and 100% dry - do you have my address?

best
Chris
"You must know it's right, the spore is on the wind tonight"
Steely Dan - "Rose Darling"
Top

Hi Chris - I posted them yesterday

Hi Mark
apologies for getting back somewhat tardily.

I'm afraid I can't find anything fungal on the Cyperus; however the collection on Agapanthus is far more promising. As there appear to be only three conidiomata on the collection I had to be careful - it's easy not to get a preparation right the first time with something as tiny (about 0.2mm!) as this.

Under the microscope it was immediately clear that I was dealing with a Phomopsis species. This large genus comprises anamorphs of Diaporthe (although often a perfect Diaporthe state is not known). Phomopsis is characterised by having either α-conidia which are ellipsoid with ± pointed ends and usually with two large guttules, and/or β-conidia which are linear and curved at one end ; rather rarely a third sort of conidium may be involved. Examples of α-conidia (and the third kind) can be seen here: http://www.ascofrance.com/search_recolte/4461 and α-conidia only here: http://www.ascofrance.com/search_recolte/3850 (click on thumbnails).

A literature search came up with a relatively-recently described Phomopsis on Agapanthus: http://www.fieldmycology.net/FRDBI/FRDB ... BNum=47948 (this appears to be the only record to date). I have found the original description in Kew Bulletin 60: pp.149-158 (2005). Here is the page where the species is illustrated: 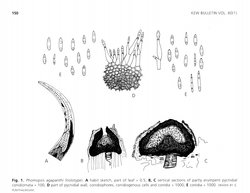 and here a couple of images from the Guernsey find: 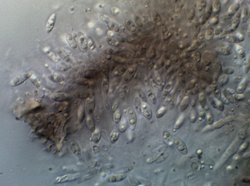 Although the conidial measurements of the Guernsey collection are larger than those of the Kew one I think it doubtful that there would be two separate Phomopsis species on this host in this country. So I would call this collection Phomopsis agapanthi Punith. & Spooner with the proviso that it would be desirable to have further material for examination to chec k the range of conidial size - the Guernsey material is very scant compared to that from Kew (see the illustration above). I also need to have a careful look - if I can - at the structure of the conidiophores.

best wishes
Chris
"You must know it's right, the spore is on the wind tonight"
Steely Dan - "Rose Darling"
Top

Thanks for all the work you have put into this. Would you like me to contact the local natural history society on Guernsey to see if they had someone to try and collect another specimen. There was another plant at the same site that was affected but did not seem as "developed" when I saw them at the end of August. Could you please send me your email address in a PM and I will send you photos I took of fungus in situ. I'm off to London today but back home on Monday

Return to “Rusts, Smuts, and Mildews”