I found a fallen birch(?) twig, 12mm diameter with a lot of what looked like dried fungal fruit bodies sticking up - photo 1. There were also some sparse patches of a jelly fungus which I took to be Purple Jellydisc (Ascocoryne sarcoides). Along the twig, the succession seemed to be that the jelly 'bags' dry into these sticking-up remains. One was young enough to do a squash and I found the spores to be way too small for Purple Jellydisc.

But (an hour of Googling later) I wonder whether I found the the conidial stage rather than the 'normal' stage?

Happy to be on completely the wrong track! 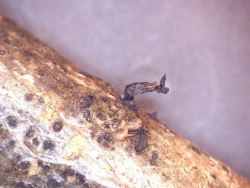 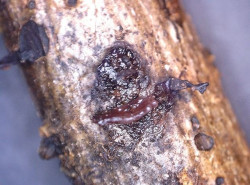 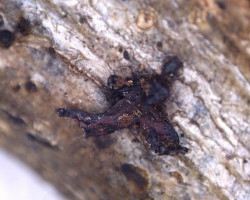 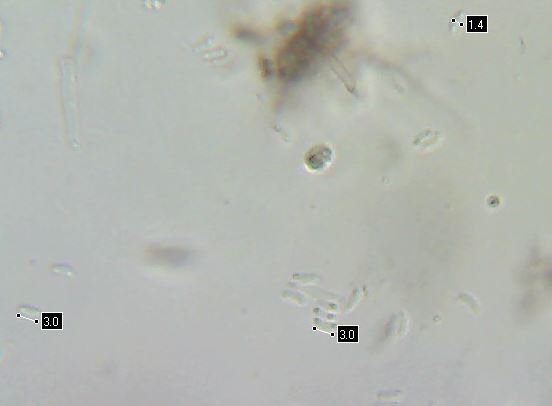 specifically, in this case, https://drive.google.com/drive/folders/ ... E9FWHpFR2c - move 4 images to the right, then six down and you shall find your answer me old mocha!

Chris
"You must know it's right, the spore is on the wind tonight"
Steely Dan - "Rose Darling"
Top

Given we are in Covid times, the answer might be understandable . . .
. . . otherwise why ask if you're not going to notice / acknowledge responses? ::sigh::
"You must know it's right, the spore is on the wind tonight"
Steely Dan - "Rose Darling"
Top
Post Reply
3 posts • Page 1 of 1