These striking brackets were quite frequent on live Willows growing in water at Argal Lake, Falmouth, Cornwall. I thought they might be a Daedaleopsis sp, and was wondering if it was possible to identify to species from photos, or what features I should look out for if photos alone are not enough?

many thanks
Jason Chapman 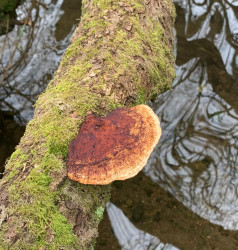 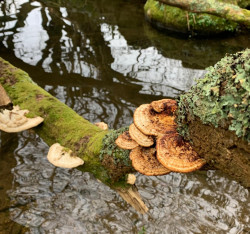 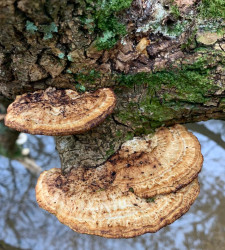 Looks fine to me. If you are able to identify it as a Daedaleopsis species, you're home and dry since Daedaleopsis confragosa is the only known UK species, is very common, and typically grows on willow. Old specimens can turn deep blood red which can be misleading. Some specimens can also have elongated pores - but never as completely gill-like as those of D. tricolor. The latter keeps being reported from the UK, but (as far as I know) is not confirmed as being British.
Top

thank you Peter, that is very helpful - I thought tricolor was a possible confusion risk, but given what you say, then it sounds like confragosa is the only option. I will record as such.
Cheers.
Jason
Top
Post Reply
3 posts • Page 1 of 1